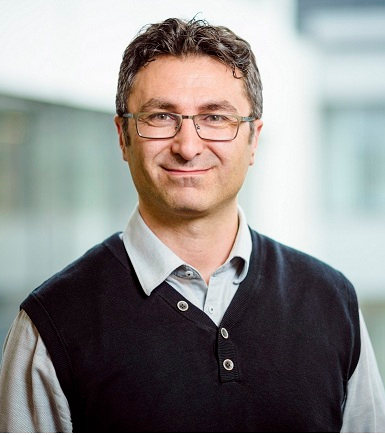 He is interested in signal processing, communication, and information theory, with a focus on wireless networks. He has published several book chapters, more than 50 journals and 170 conference papers on these topics. He has coauthored a book on multi-way communications. Aydin is a winner of the ITG-Sponsorship Award, in 2006. He was a first recipient of the prestigious Emmy-Noether Grant by the German Research Foundation in communication engineering, in 2009. He has coauthored papers that received the Best Poster Award at the IEEE Communication Theory Workshop, in 2011, the Best Paper Award at ICCSPA, in 2015, and the Best Paper Award at ICC, in 2019. He has served as an Associate Editor for the IEEE Transactions on Wireless Communications, from 2009 to 2014.

University of California at Irvine, Postdoc

In addition to the courses I am teaching at the moment, I have taught the following courses in the past for both higher education entities and companies (in an en bloc fashion)

Applied Convex Optimization in EE and IT

Foundations and Trends® in Communications and Information Theory

Past Ph.D. and Graduated Post-Doctoral

Theory is the first term in the Taylor series expansion of practice.

The wireless channel is a complicated animal.

In theory, theory and practice are the same. In practice, they are not.

Base-Stations Up in the Air: Multi-UAV Trajectory Control for Min-Rate Maximization in Uplink C-RAN

Hybrid Beamforming: Where Should the Analog Power Amplifiers be Placed?

Fundamental Limits on Latency in Cloud- and Cache-Aided HetNets

A. Kariminezhad | A. Sezgin | Marius Pesavento

On deterministic IC with common and private message under security constraints

Optimality of Treating Interference As Noise in the IRC: A GDOF Perspective

On the individual secrecy rate region for the degraded broadcast channel

Fundamental Limits of Caching in D2D Networks With Secure Delivery

When Can a Relay Reduce End-to-End Communication Delay?

On MISO Wiretap Channel with Delayed CSIT and Alternating Topology

A. Chaaban | Henning Maier | A. Sezgin

Coordination gains in the cellular uplink with noisy interference

Simultaneous Diagonalization: On the DoF Region of the K-user MIMO Multi-way Relay Channel

The generalized degrees of freedom of the interference relay channel with strong interference.

The Degrees of Freedom of the MIMO Y-channel

Cooperation Strategies for the Butterfly Network: Neutralization, Feedback, and Computation

A. Chaaban | A. Sezgin | Daniela Tuninetti

Sub-optimality of Treating Interference as Noise in the Cellular Uplink

Secrecy in Broadcast Channels with Receiver Side Information

On the sum capacity of the Y-Channel

Living in symbiosis: On achievable rates of an oblivious interference system and a cognitive system

The Capacity Region of the Linear Shift Deterministic Y-Channel

Interference Alignment and Neutralization in a Cognitive 3-User MAC-Interference Channel: Degrees of Freedom

On the Capacity of a Class of Multi-user Interference Channels

Achievable Rates and Upper Bounds for the Interference Relay Channel

Bidirectional multi-pair network with a MIMO relay: Beamforming strategies and lack of duality

The Performance of QPSK in Low-SNR Interference Channels

From non-causality to causality: degrees of freedom of the interference relay channel

Optimal Use of Antennas in Interference Networks: A Tradeoff between Rate, Diversity and Interference Alignment

Approximate capacity of the two-way relay channel: A deterministic approach

Where to place interferers in a wireless network

M. Charafeddine | A. Sezgin | A. Paulraj

A. Sezgin | M. Charafeddine | A. Paulraj

The Impact of different MIMO Strategies on the Network-Outage Performance

On Mutual Information of Stacked OSTBC

Performance of the WiMAX Ranging Process in high mobility environments

Capacity, BER and Coding Gain Analysis for Rate One QSTBC: A general approach

On the performance of Partial feedback based Orthogonal Block Coding

On the Outage probability of Quasi- Orthogonal Space-Time Codes

On EXIT-charts for Space-Time Block Codes

2021 - Frontiers in Communications and Networks

2020 - submitted to IEEE Transactions on Communications

On the Capacity and Straggler-Robustness of Distributed Secure Matrix Multiplication

2018 - Accepted for publication in IEEE Transactions on Wireless Communications

A Survey on Robust Interference Management in Wireless Networks

2017 - Accepted for publication in the IEEE Transaction for wireless communications

2016 - Accepted for publication in the IEEE Transactions on Information Theory

Individual Secrecy for Broadcast Channels with Receiver Side Information

Cyclic Communication and the Inseparability of MIMO Multi-way Relay Channels

Individual Secrecy for the Broadcast Channel

Broadcasting Into the Uncertainty: Authentication and Confidentiality by Physical-Layer Processing

Interplay Between Delayed CSIT and Network Topology for Secure MISO BC

Approximate Sum Capacity of the Y-Channel

Degrees of Freedom of the Interference Channel with a Cognitive Helper

Capacity of the two-way relay channel within a constant gap

2008 - Journal on Wireless Communications and Networking

On the relation of OSTBC and code rate one QSTBC: Average Rate, BER and Coding Gain

Tight upper bound on the outage probability of QSTBC